⭐⭐⭐⭐⭐
"Absolutely, the only product that has worked in getting my sinusitis and allergies under control?"
Julie W.

What is it?
Cold, Flu, Sinus Remedy is a natural herbal medicine introduced to the Australian market over 30 years ago, by well known herbalist Robyn Kirby. For quite a few years it was known as Sinus Tonic, but the name changed recently as it had a positive effect on not only people with sinusitis issues, but anybody who had a cold or flu.

What's in it?
The remedy has 9 powerful herbs in it. The full ingredient list is illustrated on the tab below.
There are 3 bottles of a homeopathic remedy called Kali Bic which are provided in the pack, as well. The Kali Bic helps break down phlegm that builds up in the back of your throat.

Why is it special?
Cold, Flu, and Sinus Remedy is listed with the TGA as a medicine in Australia.
It has been traditionally used in Western herbal medicine to:

★★★★★
"Took a while to get used to the taste, but definitely worth it. A great medicine"
- James P

Buy now - pay later! We offer Zip Pay to all our customers.

Ingredient List:
Contains Nine Healing Herbs:
Dandelion, Echinacea, Gentian, Capsicum Annum, Marigold, Globe Artichoke, Barberry, Eyebright, Elder.
Excipients: Also contains ethanol, glycerol, and water.
There is also a touch of Chilli in the tonic to enhance the healing action of the other herbs and to aid absorption.
If necessary, the Remedy can be taken with water, juice or a jelly bean.
Like all good natural herbal remedies the Remedy is slow and steady and results depend on your age, and how chronic your sinusitis issues are.

Storage:
Store in a cool dry place, after opening

All our Cold, Flu, Sinus remedy orders (over $50 in value) are shipped for FREE via Express Post within Australia.
Sydney 1-2 days. WA 3-4 days.
International orders 10 - 20 days.
There may be longer delays due to COVID.
Tracking details will be provided in your confirmation email.

If you're not entirely happy with our product, then we provide the following Money Back Guarantee:

Thankyou for your understanding!

Formulated and made in Australia

One of our formulating founders is a Nutritionist 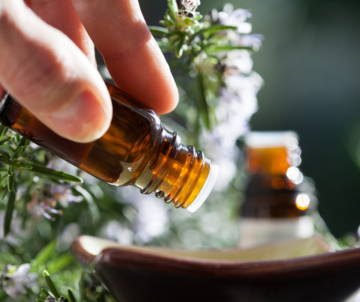 No testing on animals

Our prices are very good because we don't support a huge head office.

We offer a 100% Money Back Guarantee

Dandelion, Echinacea, Gentian, Capsicum Annum, Marigold, Globe Artichoke, Barberry, Eyebright, Elder.
There is also a touch of Chili in the tonic to enhance the healing action of the other herbs and to aid absorption.
ECHINACEA - Has been treating cold and flu for years.
GENTIAN - A supreme digestive stimulant.
DANDELION - Know to purify the blood.
CAPSICUM ANNUM - Anti-inflammatory and analgesic properties.
MARIGOLD - Has been used to assist with coughs, cramps, and snakebites.
GLOBE ARTICHOKE - May assist with gallstones.
BARBERRY - Anti-inflammatory and antibiotic properties.
EYEBRIGHT - Assists with allergic eyes
ELDER - Antiseptic properties.

A Natural Medicine that works..

I've been using the Cold, Flu, and Sinus remedy for a few months now, and it has really made a huge difference. I highly recommend it
- Brett K

Been struggling to breathe properly for years. Tried the Cold, Flu, and Sinus remedy, and found it to be really effective. I'm able to breath easier, and my taste buds are heaps better.
- Pammy S

Sick of constant sinus headaches and lack of sleep. Cold, Flu, and Sinus remedy has helped me heaps. The headaches are gone, and I can sleep through the whole night without waking. Thankyou!
- Tara L

What is Herbal Medicine?

Herbal medicine has been used for centuries. In simple terms it is the use of medicinal plants. Known to be powerful and effective.

How does it taste?

Herbal remedies are not the most pleasant tasting, they are designed to be effective. In saying that, some of our customers take the remedy with juice, or pop in a jelly bean after consumption.

Is it really a medicine?

Our Cold, Flu, and Sinus Remedy is listed as a medicine with the Therapeutic Goods Administration of Australia. ARTG - 317972

What can it really help with?

Do you offer a payment plan?

Yes - we offer Zip Pay for all our customers. Just choose this option at Checkout.

Can I use it on my children?

The Cold, Flu, Sinus remedy is not to be used on children under two years of age without medical advice.

Do you really offer a 100% Money Back Guarantee?

Yes, we stand by our products and know that you'll love them, just like thousands of our loyal customers. If you're not happy with our products, just send them back and we'll refund your money. Conditions Here - Money Back Guarantee.